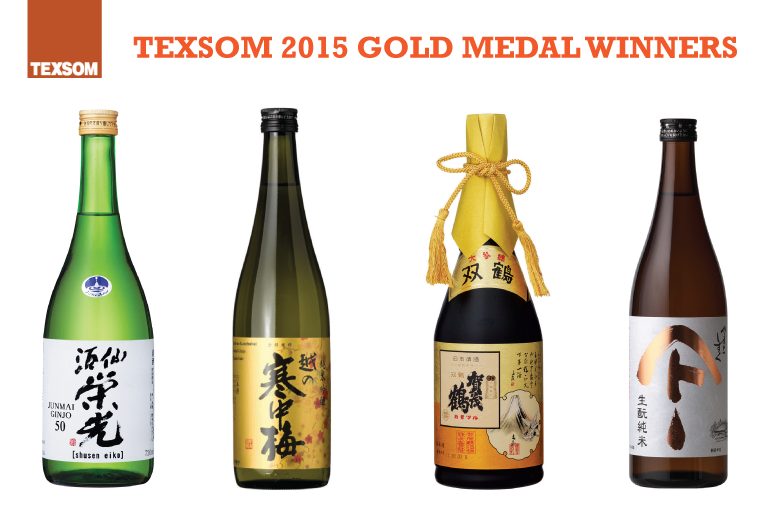 Sake Spotlight at America’s Largest Wine Sommelier Convention
Annual import of Japan-brewed Sake to the US continue to increase year by year, and as the numbers of new producers entering the market continue to rise, the trend for what’s popular continues as always to be centered around Ginjo Sake. For sellers, Ginjo style Sake is easier to explain, and consumers purchasing it are selecting a brew that’s easy to drink. In other words, the logic is that Sake will not sell if its flavor profile cannot be readily described, and on the consumer side if the customer cannot understand what kind of Sake it is, they will not be moved to purchase it.

Sake is not limited just to fragrant varieties, in fact, among die-hard Jizake fans, there are many who actually dislike the aromatic Ginjo fragrance. Rather, they prefer Sake that enhances and amplifies the savory flavors of the foods it’s paired with. In this context, US market for Sake is still underdeveloped and has a long way to go. As a sommelier who sells wine in a mature wine market, it’s understood that being highly fragrant alone doesn’t define the quality of a bottle, and that when pairing with delicate foods, it’s better to avoid one with too strong a fragrance, and instead select one that flatters the food.

A sell-out seminar on "Sake's Secondary Styles", a study beyond the currently popular Ginjo brew.

Organizations that educate wine professionals such as Wine & Spirits Education Trust (WSET) and The Court of Master Sommeliers (CMS) have already begun to implement Sake education as an extension of their wine studies. This indicates a trend that Sake is now becoming accepted into non-Asian themed restaurants, where it’s increasingly becoming featured as a stand-alone alcoholic beverage to elevate customers’ dining experience.

At the largest US wine sommelier conference, TEXSOM, held in Dallas, August 9-10, one such seminar to explore beyond fragrant Ginjo Sake, “Sake’s Secondary Styles” was featured, headed by WSET’s Strategic Planning Director and Master of Wine, Antony Moss, and Sake School of America’s Executive Instructor Toshio Ueno. At this sell-out seminar, sommeliers dove into sparkling, Yamahai, and aged Sake, toward a direction to help deepen understanding of Sake style beyond the Ginjo’s. 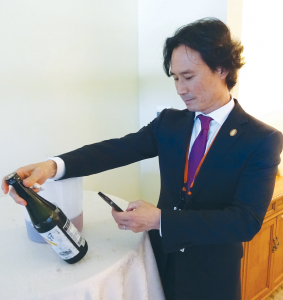 As predicted, the reaction of the sommeliers to Yamahai and aged Sake was very positive, and as professionals, they were able to appreciate the varied characteristics of each unique style. Sommeliers noticed as nuts, mulch, and caramelized sugar, with layered and deeply nuanced flavors as distinct and differentiated from those of Ginjo Sakes, and sought to understand which types of food would be appropriate to pair them with.

In major cities in the United States, there are many Western restaurants that already list Japanese Sake on their menus, especially to be enjoyed alongside seafood offerings. It’s now common for Western restaurants to have Sashimi-style fish, sea urchin or salmon roe on their menus, and it’s a natural that Sake would obviously be the choice to accompany these dishes. Sake is unique in its ability to complement the range of seafood flavors and enhance them in ways which wine cannot – in this sense some might say there is no other superior alcoholic beverage to pair with seafood. As for Yamahai and aged Sake, because they contain lactic and amino acids, they are becoming increasingly recognized as excellent pairings not just with fish but with grilled meats, caramelized vegetables, cheeses and other foods.

More time will pass before Sake becomes established as an entire menu category away from Japanese restaurants, just as it took sea urchins and salmon roe to become a common listing at a Western restaurant. The future for Sake away from its association with Japanese foods is very bright, and already, sommeliers are coming to understand that Sake pairs superbly with menu items traditionally found in Western restaurants. These conference attendees, the wine world elites with a mission to continue delighting their customer audiences, will help deliver the wonderful benefit of Sake in the Western world of drinking and dining. 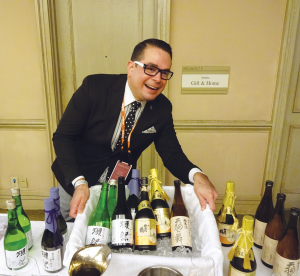 Sake: New discoveries, and now a must have knowledge to complement understanding of wines.

The future growth of the Japanese Sake businesses and the ongoing integration of food cultures will continue as Sake breweries, import companies, and sales organizations look beyond their core Japanese foodservice use. As the wine sommelier organizations around the world take more interest in Sake, an independent listing of Sake at an American restaurant will soon become a reality.