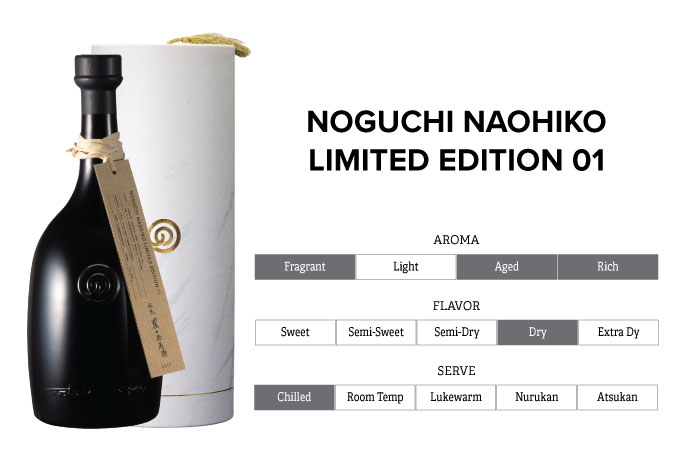 With his 70-year pursuit of true sake brewing, Naohiko Noguchi, a master brewer, earned the nickname "God of Sake Brewing." This legendary brewing master crafted a vintage 2017 sake in the first year of his return to brewing post-retirement. He carefully selected the best lot out of the brew and thoroughly managed its aging for approximately a year to produce this limited-edition sake, characterized by its mellow aroma, rich and complex taste, and long-lasting finish.