Hagi, a small city in Yamaguchi prefecture is well known as a former samurai town. So many valuable cultural assets are well-preserved in this city, such as castle ruins, samurai residences, townhouses, and temples. To resemble their deep embedded historical town, Yamaguchi Hagi Beer has branded their original craft beer after the Japanese traditional samurai topknot “Cyonmage.” 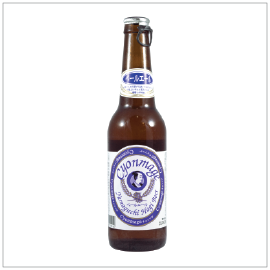 Cyonmage Pale Ale proudly shows off full hop character with particular attention to the fruity aroma. It has prominent bitterness and underlying toasted malt flavors with slight sweetness as it finishes dry and crisp. 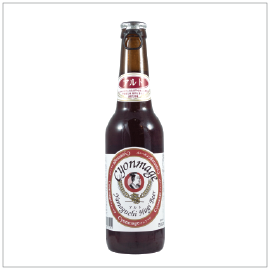 Altbier or Alt is an old dominant ale variety that originated in the towns of Dusseldorf in Germany. Cyonmage Alt has been top-fermented using mixing caramel malt and pale malt. This beautiful coppery bronze brew has unique complex notes and notably balanced bitterness.