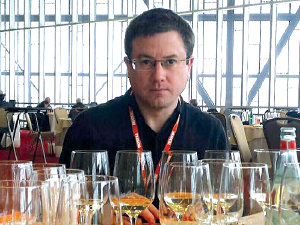 Antony is the Director of Strategic Planning for the Wine and Spirit Education Trust (WSET), where he has worked since 2004. His current role covers long-term business planning and advising on new product development. He oversaw the development of WSETs new Level 3 Award in Sake, and in 2014 was inaugurated as a Sake Samurai by the Sake and Shochu Makers Association in recognition of this work. Antony joined the wine industry in 1998 and completed his WSET Diploma in 2003 while working for Sainsbury's Supermarkets. He became a Master of Wine in 2011. Outside of work, Antony enjoys listening to and playing classical music, especially early 20th Century composers such as Schoenberg, Ives, Sibelius and Janacek. His next target is to learn to play Ravel’s Gaspard de la Nuit.