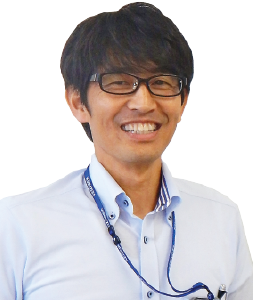 Naoya was born in 1971 to a family of tea growers in Shizuoka prefecture, the largest tea production district in Japan. He spent his childhood years on a farm, where he followed his parents around and helped them cultivate and harvest tea, oranges, shiitake mushrooms, and other crops. Naoya discovered soccer during 4th grade and continued to play every day up until high school, all the while helping his parents manage the tea farm, learning the ups and downs of agriculture.

After high school, Naoya studied at National Research and Development Agency (formerly MAFF Institute of Vegetable and Tea Science), and joined JA Shizuoka Kaizairen in 1991, where he currently works. Naoya has over 23 years of experience under his belt in tea cultivation, production and sales. Not only that, he worked tirelessly to share industry know-how and up-to-date information on distribution to growers/farmers. In 2005, Naoya embarked on a new venture exporting and selling tea in Honolulu, while simultaneously promoting Japanese tea culture to Americans.

In his free time Naoya likes to play soccer.