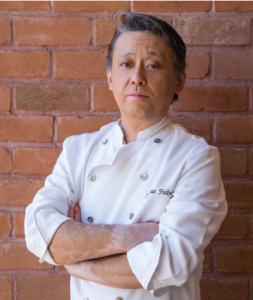 Introducing the Most Underrated Wagyu Cuts and Its Best Usage

Nobuo has lived and worked in Phoenix as a chef for 30 years. He has gone from working the teppanyaki tables at Benihana in the early 80’s to his current position as Chef/Owner of Nobuo at Teeter House. While at his previous restaurant Sea Saw, Nobuo earned the recognition as one of Food and Wine Magazine’s 10 Best New Chefs in the U.S. (2003) and was the recipient of a James Beard Award for Best Chef in the Southwest region category (2007). Nobuo at Teeter House opened in July of 2010 in downtown Phoenix’s historic Heritage Square. Nobuo is pleased to be able to create the special tasting menus he is known for as well as a more casual “izakaya” style menu within the charming atmosphere of The Teeter House.