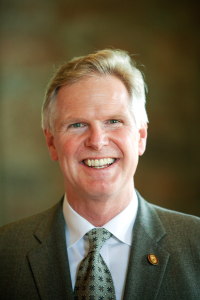 A third generation Californian, Bob Bath was born and raised in Davis, a small, college town, sixty miles east of the Napa Valley. His interest in wine was sparked at the age of 19 while attending college at Cal Poly, San Luis Obispo and working summers in fine dining restaurants. Bob also played baseball at Cal Poly, alongside St. Louis Cardinal Legend and Baseball Hall of Fame inductee Ozzie Smith.

Over the last thirty years, Bob has worked in virtually every aspect of the restaurant and wine industry. Early in his career, Bob was involved in two Wine Spectator Grand Award restaurant wine programs, the Sardine Factory Restaurant in Monterey, California and Starker’s Restaurant in Kansas City, Missouri.

Bob joined the Culinary Institute of America at Greystone as an adjunct professor in 2004. He took a full time position in 2010 and helped develop the Accelerated Wine and Beverage Program, a ground breaking, nine month, accredited wine and beverage certificate course and the new Sommelier Summit, along with the many courses that he teaches at the CIA.

Bob is an ongoing writer for Sante Magazine and the Sommelier Journal, judges at US wine competitions and is a frequent speaker at wine festivals and wine symposiums around the world. Bob has appeared on the Fine Living Network Channel’s show “Fifty Wines in Fifty States” and on the new PBS show “Moveable Feast.” Bob lives with his wife, Julie in California’s beautiful Napa Valley.