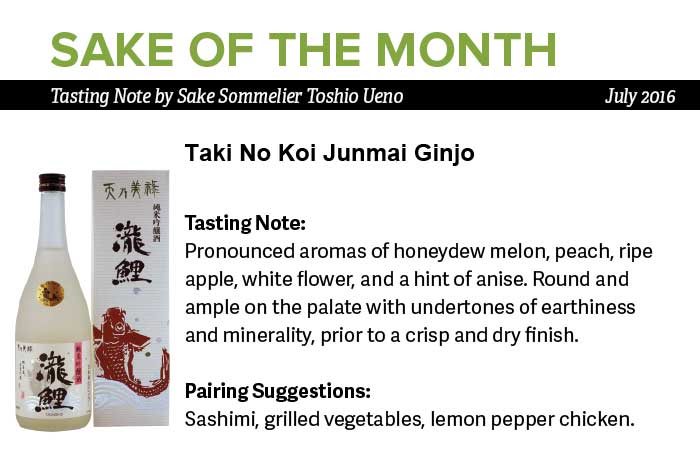 The Dragon's Gate Sake! The name is derived from the Chinese legend of a carp swimming up a colossal waterfall. And upon reaching the top and entering the Dragon's Gate, the carp transforms into a beautiful dragon. 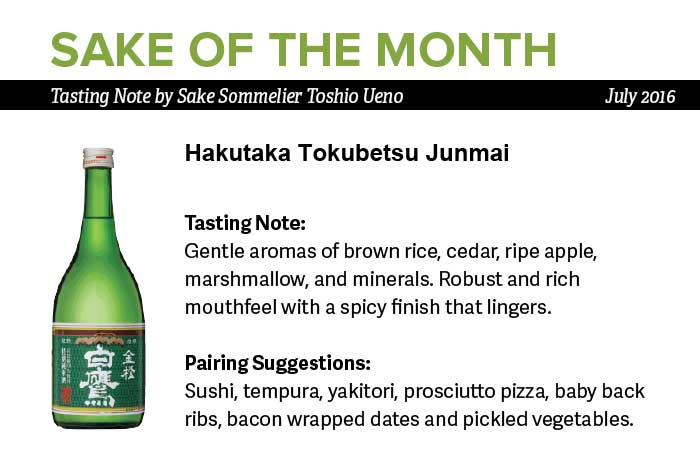 The White Hawk! Commissioned by the Japanese Imperial Court and the sacred Ise Shinto Shrine, Hakutaka Tokubetsu Junmai continues its long tradition as the brewery for the "Imperial Sake" and "Sacred Sake".

LATEST, SAKE OF THE MONTH

Warmer days are ahead! The crispy tempura and silk

The LA restaurants getting ready for indoor dining

Happiness is kanzake warm sake and oden on a chill

In celebration of International Women's Day, we ho

Hinamatsuri aka Girl’s Day in Japan is tradition